Vienna, April 2011 – There is no better time to visit Vienna than Spring. Mr. King & I spent a weekend in this magnificent city. It was not an easy task to plan our weekend since Vienna has a number of attractions and is filled with art and culture. Here were a few highlights from our trip.

Being one of the most important opera houses in the world, Vienna State Opera (Wiener Staatsoper) has the largest repertoire and an extensive history dating back to 1869. Wiener Staatsoper is one of the busiest opera houses in the world, producing 50 to 60 operas per annum.  Mr. King & I managed to catch the last performance of the opera, “Madame Butterfly”.  Opera is a serious affair for Austrians, and attendees dress to the nines for the performances.

Our Viennese friends confirmed that many Austrians have an intense passion for the opera. Opera fans are not limited to adults, but include young people in their teens.  Tickets for operas are sold months in advance, and the best seats in the house cost thousands of euros. 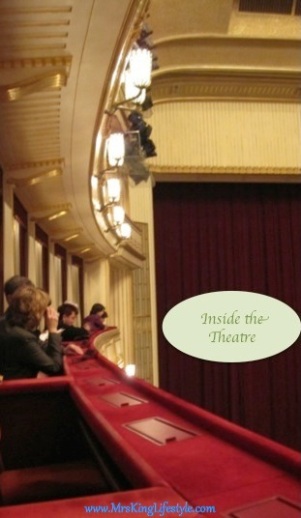 On our last night in Vienna, we were treated to a most unusual performance of the much-anticipated opera of that season – “Anna Bolena” featuring Opera superstar – Anna Netrebko. It was impossible to get any tickets on the last days before the premiere night, but the opera was being broadcasted live on a gigantic screen outside the Wiener Staatsoper.

To our surprise, we found ourselves with a view of the live broadcast from our room at Hotel Bristol (just across the street from Wiener Staatsoper). Our hotel room had been the home of composer, Richard Strauss during his stay in Vienna. It seems music, opera and the arts are just in the Viennese air! 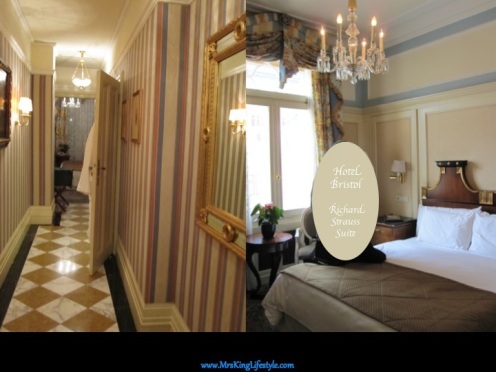 Vienna is an art lover’s paradise. The art complex, MuseumsQuartier near the Imperial Palace offers no shortage of choice with several renowned museums.  We decided to visit the Leopold Museum. The Museum features Viennese art nouveau, the Vienna Workshop and pieces from the Expressionist period. Since it houses the most important and largest Egon Schiele collection in the world, Leopold Museum is the most visited museum in Vienna. Aside from works of Schiele, we enjoyed other masterpieces by Gustav Klimt, founder of the Vienna Secession movement as well as Koloman Moser of the Vienna Workshop. 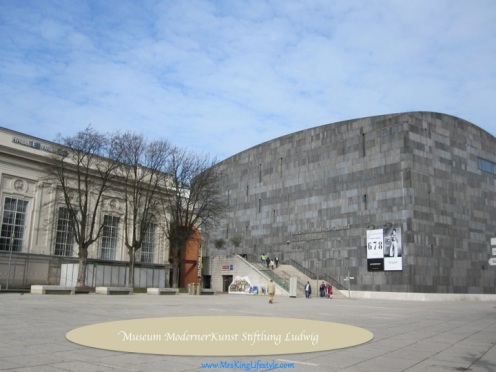 Our Viennese friends took us to the Belvedere Palace, where the world’s largest Klimt collection is housed. Built in the 1720s, the Baroque palace was the summer residence of Prince Eugene of Savoy. The Belvedere gardens were breathtakingly beautiful with graveled walks, clipped hedging, sculptures, iron gates and fountains designed by the Versailles-trained Dominque Girard. After a pleasant stroll from the lower gardens to the elevated Belvedere Museum, at last, we saw Klimt’s amazing golden paintings, “The Kiss”, “Judith” and “Fritza Riedler”. What a treat!

Aside from the highlights above, I also enjoyed the equestrian performances at the Spanish Riding School and taking a horse-drawn carriage ride from the flakers at Heldenplatz. Vienna is definitely one of the most romantic and cultural cities that Mr. King and I have been to.