Paris, June 2018 – Dining at Chef Alain Passard’s Arpège (3 Michelin stars since 1996 and #12 on World’s 50 Best Restaurants List) has long been on my wish list. Chef Alain is considered to be one of the greatest innovators in the culinary world, especially with his take on vegetables and a true farm (he grows his own vegetables) to table approach. Mr. King and I were extremely impressed by this unforgettable lunch. 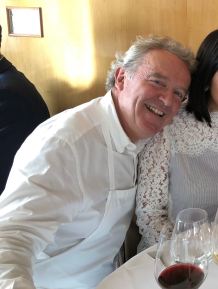 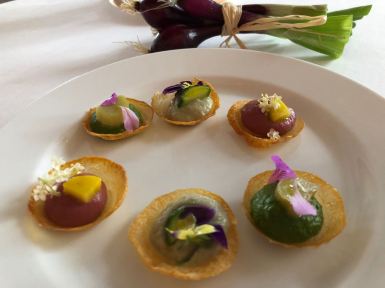 We selected the Surprise Menu that comprised of 12 courses, and every one was delicate, thoughtful and delicious.

Hot and cold egg – was very creamy and spiced up with maple syrup and sherry vinegar.

Raviolis – were filled with asparagus and served in a mint broth. The ravioli skin was extremely thin and very daintily prepared. 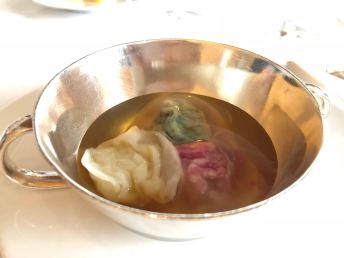 Vegetable sushi – were a duo of beetroot and asparagus, topped with Hibiscus flowers on vinegar rice.

Eel with Parmesan cheese – was cooked with finely chopped zucchini, squash and beans. It was actually sweet and had lots of texture.

Beetroot tartare – is one of Chef Alain’s signature dishes. Mr. King and I were intrigued by it. Beef was replaced with beetroot, and the egg was actually cream with squash puree for the yolk. Every ingredient complimented each other. 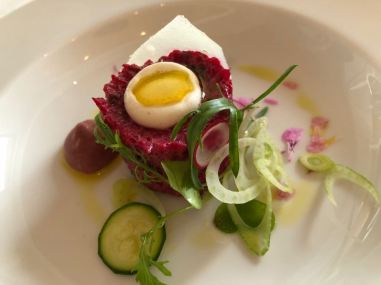 Spinach leek veloutée with garlic cream – had such a rich and complex flavour that was unexpected in a simple dish. 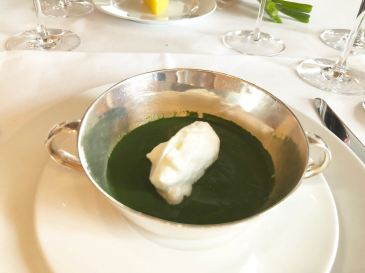 Roast chicken cooked in hay – is another Chef Alain signature dish. We really enjoyed the roast chicken, as the skin was crispy, the meat was tender and juicy. The smokiness from the hay gave it a distinct flavour. 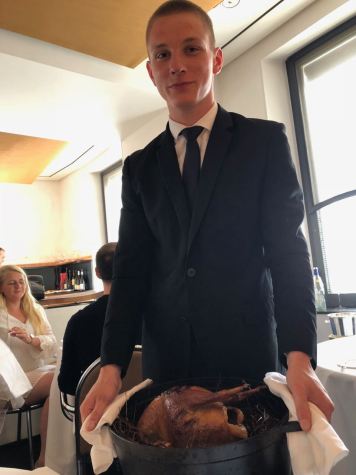 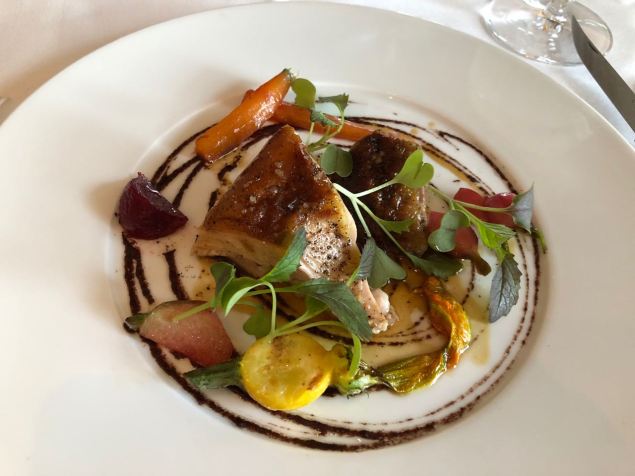 Strawberry and hibiscus in strawberry juice – was the perfect summer dessert to end this delectable meal.

Chef Alain still cooks at his restaurant almost every day. He has a friendly personality, and took the time to talk to patrons at every table during our lunch. Aside from his exceptional cuisine, Mr. King and I admired him for his fashion sense – sleek white leather shoes. 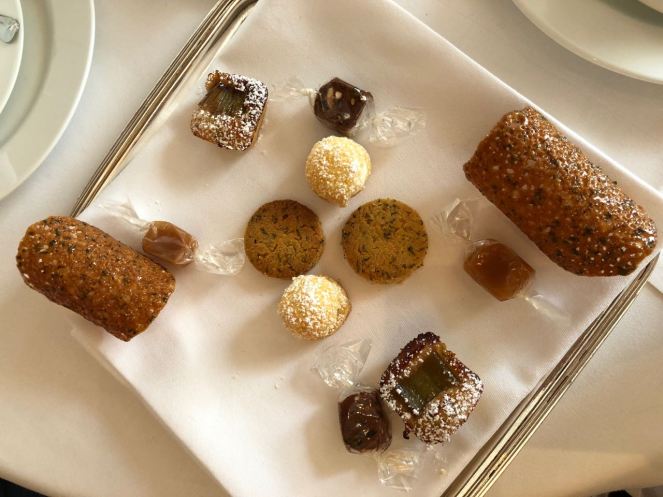 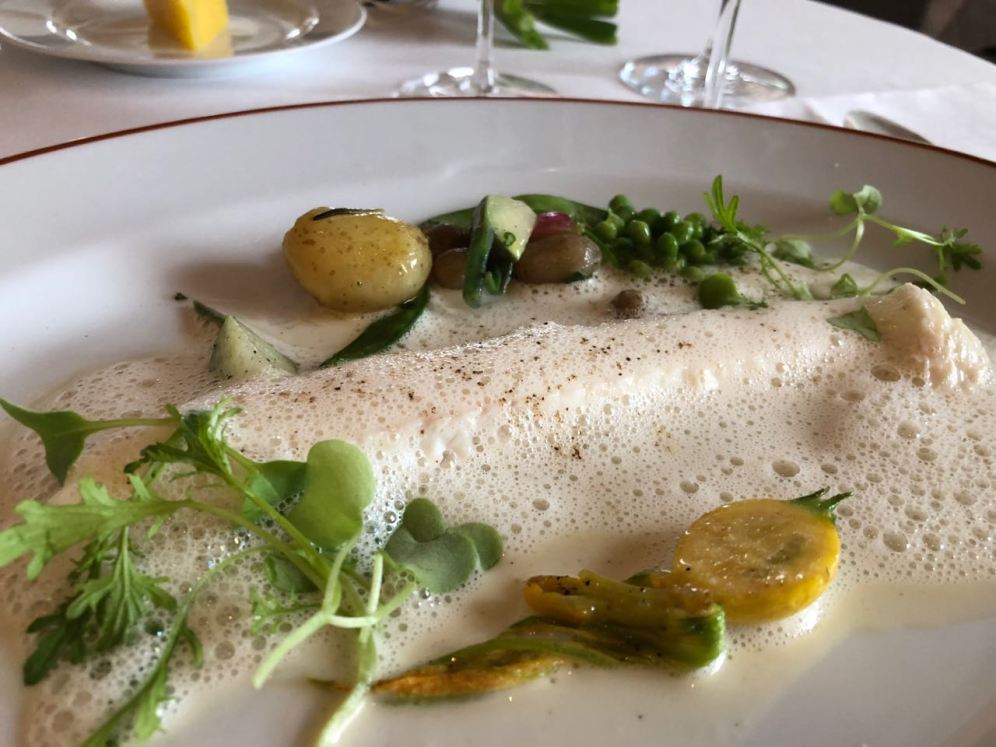