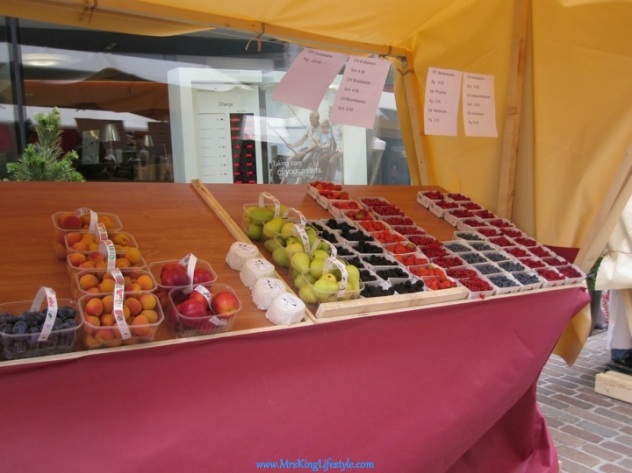 St. Moritz, August 2011 – Continuing from the Bernina Express to St. Moritz, Mr. King and I discovered that it was market day on Via Maistra where the farmers, local restaurants & gourmets gathered to sell their produce and cooked food. We bought some cheese and fruits. Everything was fresh and tasty!

That evening, we visited the trendy restaurant, Mezdi, serving delightful modern German/Mediterranean cuisine by Chef Marcus Helfesrieder. We also met Chef Marcus’ wife, who managed the restaurant, and found out that they previously lived in Singapore before returning to Switzerland.

On elevated grounds (down the slope from the center of St. Moritz Dorf), the restaurant overlooked the gorgeous Lake St. Moritz , and had a spectacular view. The cuisine was fine and beautifully presented (I wished I had taken more photos!). 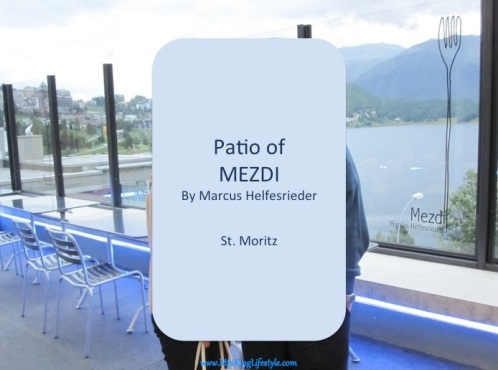 On the next day, we ascended to Piz Nair, the highest point measuring 3,056m. At St. Moritz Dorf funicular station (1,856m), the stationmaster asked where we were from; we replied, “Singapore”.

As he lifted the gates for passengers to board, he called us, “Mr. Singapore!” Then he warmly invited us to ride in the control room with him to Coviglia (2,486m), where we boarded another cable car.

Upon reaching Piz Nair, other passengers (serious hikers) continued their climbs to higher elevation on foot via a tiny trail. Mr. King & I walked around to admire the views – the snow-topped mountains surrounded us, and the clouds engulfed us. Lovely sight! But the ghastly winds made us crave for – lunch! 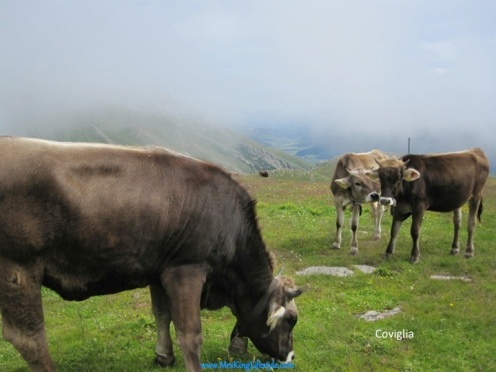 Without further ado, we boarded the next cable car down to Coviglia, and visited Mathis Food Affairs, one of the famous eateries on the slopes. We ordered their signature “Mathis Style –Truffles”, an aromatic pizza topped with generous shavings of brown truffles. Out the window, we saw herds of cows roaming around. 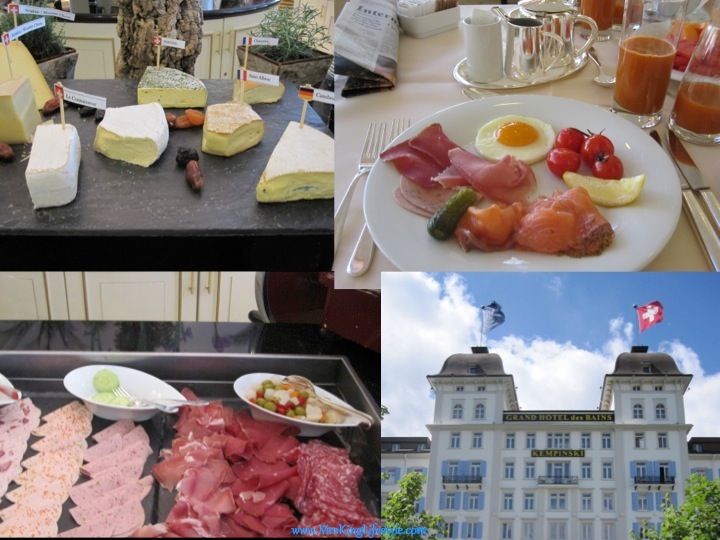 We spent our last day in St. Moritz at our hotel, Kempinski Grand Hotel des Bains. We had a long breakfast. I especially enjoyed the smoked salmon from the lakes around St. Moritz, and Mr. King’s favorite was the flavorful air-dried beef from the region.

A workout was in order to loosen all those tense muscles from our hiking. Glacier waters filled the pools in the spa. Though it was still summer, we swam in the indoor pool since the crisp Swiss air was a bit too cool. The massage was a welcome retreat. We left St. Moritz filling cleansed, relaxed and soulful.