Chef Ansel created the flaky, doughnut shaped pastries at The Dominique Ansel Bakery in Soho, New York. Fans would queue up in the wee-hours for the shop’s 8am opening as the Cronuts sell out fast. It was 2:30pm on a Monday afternoon when we walked into the Bakery, located in Soho. There were only 3 people in the queue in front of the cashier counter. So I thought that there was a chance that the “Cronut Craze” had subsided. 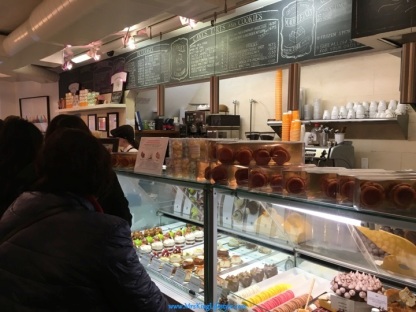 Not a chance! While waiting in line, I overheard the 3 people in front, each asking about the cronut, and the same answer came from the cashier – “Sold Out!” When it was finally my turn, I looked up at the cashier, and behind the counter, a sign read “Cronut SOLD OUT for Today”.

Oh well, since I have travelled thousands of miles to New York, I decided to try some of the famed baker’s other pastries. The Whole Apple Tart Tatin was highly recommended, so that was what I ordered…though on hindsight, the Raspberry Lavender Key Lime Tart was probably the better option. There were indeed chunks of apples inside the tart, which was richly glazed with caramel. 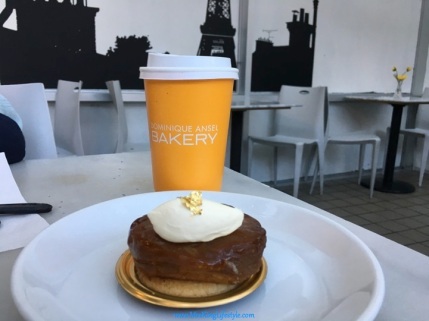 Although it was self-service (order and pick up at counter), the Bakery had a small café area where customers can sit, eat and relax. Décor was simple but the place was comfortable and bright. Too bad we missed the cronut…but nevertheless, our sweet tooth was cured.

Last word of advice – if you really want your cronut, then you must queue up before the bakery opens at 8am. 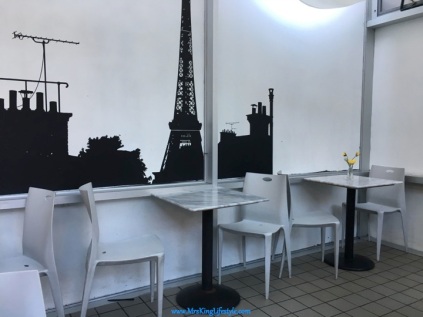