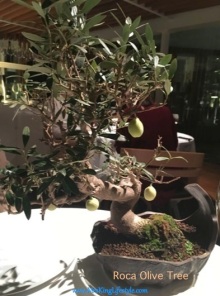 Girona, February 2016 – Our dinner at El Celler de Can Roca (“Can Roca”) somehow became the highlight of our vacation in Spain. Mr. King and I couldn’t help being excited, curious and anxious to find out exactly why the Michelin 3-star El Celler de Can Roca was named the World’s Best Restaurant.

While Mr. King read a few articles about Can Roca, I refused to look at the photos of dishes since I wanted to preserve an element of surprise.

Having travelled 10,795 km (to be precise) for our dinner, we arrived promptly at 8:30pm on a weeknight. 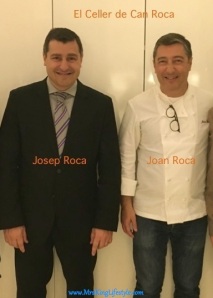 Once inside the reception, we were greeted – to my surprise – by Joan Roca, the master chef (& the “architect of taste”) and part of the Roca brothers trio. His brothers, Josep is the head sommelier and Jordi is the pastry chef. Joan was very polite and warmly welcomed us to his restaurant.

About 50 diners were seated in the contemporary-designed main dining room. At its center is a glass-paneled courtyard with a few trees. The layout allows each table of diners to have their own space and privacy.

The sommelier arrived with a trolley, holding several “wine lists”. Each was as thick as a Bible!   Just browsing through the red wine list was mind-boggling. The amazing thing was that Can Roca offered wines as reasonable as Euro 25 per bottle. Later, we met Josep Roca, who he explained that they offer wines that they feel are of good quality, and not putting a wine list together with a price tag in mind. 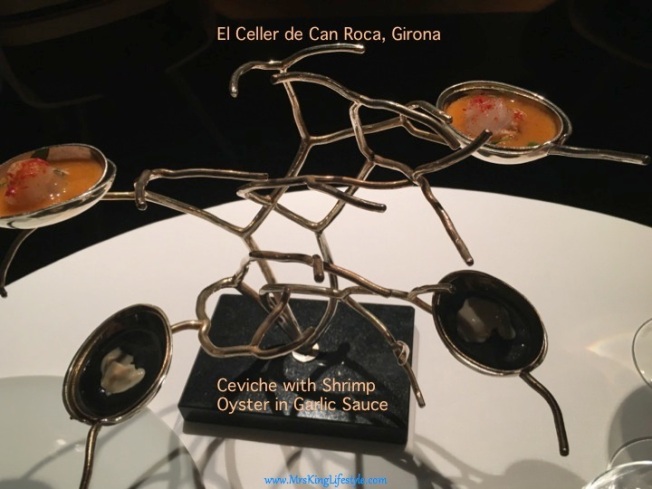 Decisions, decisions…the servers presented two menus – The Classic Menu (7 courses) and The Feast Menu (14 courses). Since we travelled over ten thousand km to get here, we went for the Feast!

My husband’s favorites were: Langoustine with Cocoa Bean Sauce and Iberian Suckling Pig with Strawberry Tree Fruit & Pomegranate (which had been slow-cooked for 25 hours). For me, the most memorable ones were the Lamb with Eggplant & Chickpea Puree, Veal Oyster Blade & Marrow and Perfume. We both adored all the amuse bouche –both visually pleasing and tasty.

I present to you, The Feast, and will let you decide which course is your favorite. 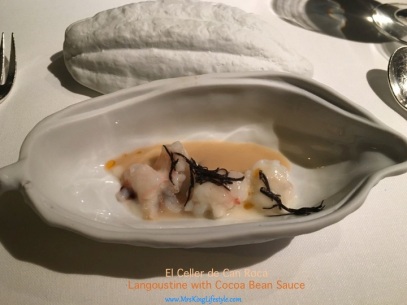 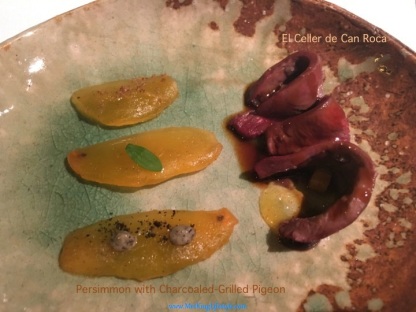 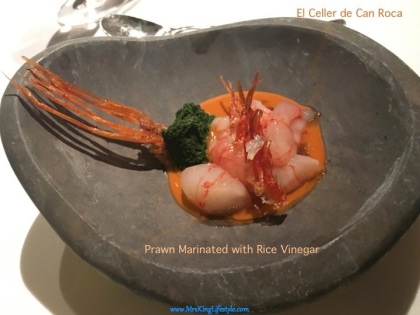 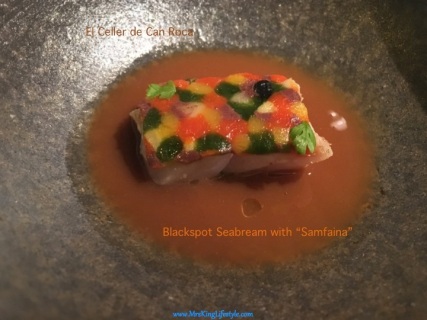 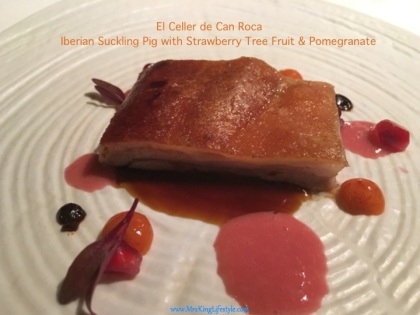 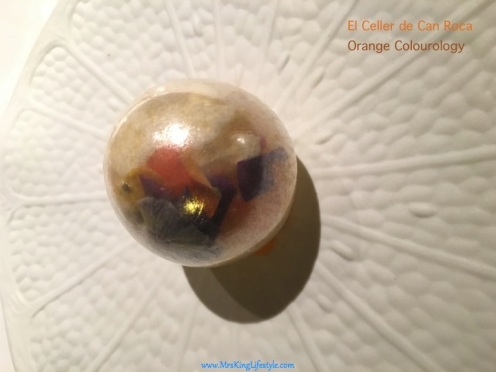 While maintaining the Catalan spirit, the Feast crossed many boundaries across cultures -like the Around the World amuse bouche, which covered Korea, Peru, China, Japan and Thailand. Peruvian cuisine seems to have inspired Juan Roca; we witnessed the Peruvian-influence in amuse bouche Ceviche with Shrimps and dessert Suspico Limeno. According to Mr. King, Peruvian cuisine is the hottest new trend in the culinary space.

One of the most interesting was Perfume. Pastry chef, Jordi had a perfume custom-blended for Can Roca, and he arrived at a deconstructed masterpiece from the perfume’s ingredients. We were told to first smell the scent sprayed on a small paper cone, and then taste the rose sorbet, pomegranate, pistachio, vanilla, rose petal and other bits on the plate. I realized that as I ate more, I couldn’t smell the perfume anymore…my senses were entirely focused on tasting each morsel of sweets.

After four hours of indulgence, Mr. King and I understood why Can Roca was named the number 1 restaurant in the world. This exquisite dinner was definitely one of our best culinary experiences ever. It was elegant, innovative and most importantly, delicious! 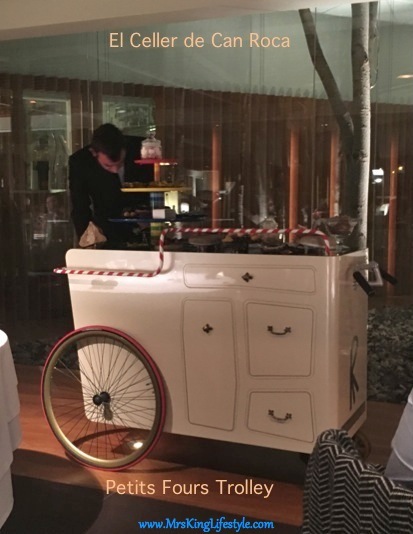 El Celler de Can Roca was named the World’s Best Restaurant in 2013 and 2015 by British Restaurant magazine based on a poll by chefs, restauranteurs, gourmands and restaurant critics.

Instead of celebrating on Valentine’s Day, Mr. King and I decided to do it over 5 dinners in the same week. It was a difficult choice when it came to selecting the restaurants, because Barcelona is a foodie’s heaven. El Celler de Can Roca was one of them and most highly-anticipated. Here are the other 4 restaurants we went to: PAKTA-Nikkei Cuisine in Barcelona, Roca Moo: On the Road to Can Roca, Gotta Go to Tickets! and Jordi Cruz at ABaC

Also check out food blogger – Daniel Food Diary – who has a great post on his visit to El Celler de Can Roca in 2014.  The dishes Daniel had were quite different, and his photos are brilliant!