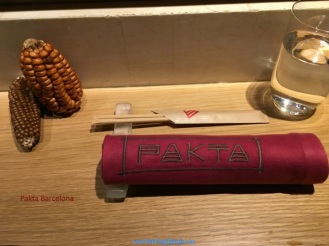 Barcelona, February 2016 –The Michelin 1-star Peruvian-Japanese PAKTA is regarded as the next generation of dining experience and an Albert Adrià (of El Bulli fame) creation. Adrià brought together Kioko Ii from Japan and Jorge Muñoz from Peru and formed PAKTA – meaning “Together, Union” in the original language of indigenous Peruvians.

Since Mr. King and I didn’t have much experience with Peruvian cuisine, it was truly a fascinating experience. The Japanese food with a Peruvian twist made each course unpredictable (and I mean it, in a good way). 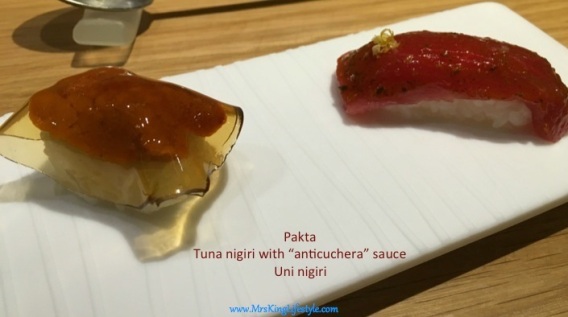 PAKTA explains the term Nikkei Cuisine: “The term Nikkei is used to refer to emigrants of Japanese origin and their descendants. Peru was the first South American country to have a diplomatic relationship with the Empire of Japan in 1873, and also the first to receive Japanese workers. In the mid 80’s the name was used as a reference for all Japanese cuisine that is prepared outside Japan using indigenous products, however, for most, the term has been accepted and defined as a mixture of Japanese and Peruvian cuisine, that combines the tastes and techniques of both cultures.” 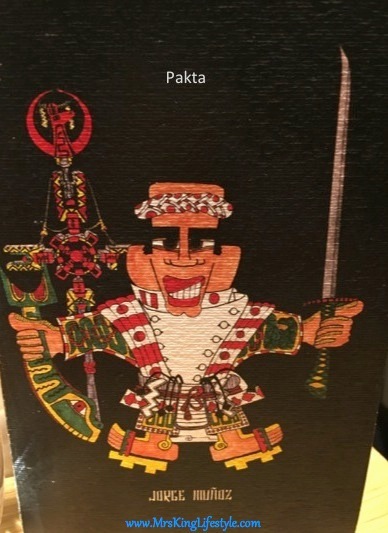 The restaurant was small and cosy, and decorated with a mixture of Japanese aesthetics and Peruvian motives. The ambience was relaxing and fun. We met both Chef Kioko (who was behind the sushi bar in front of us) and Chef Muñoz who came by to say “hi”.

While one can select the tasting menu, we decided to order a la carte to suit our own preferences. Most dishes were bite-size like tapas, so we could sample an array of dishes.

We have also ventured to the high-in-demand modern tapas bar – Tickets, created by Albert Adrià. Each restaurant was drastically different, except that both kept the diner intrigued and in suspense for more! 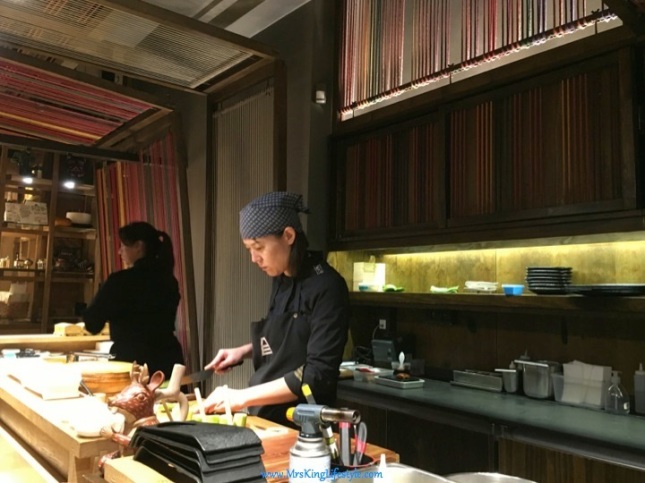 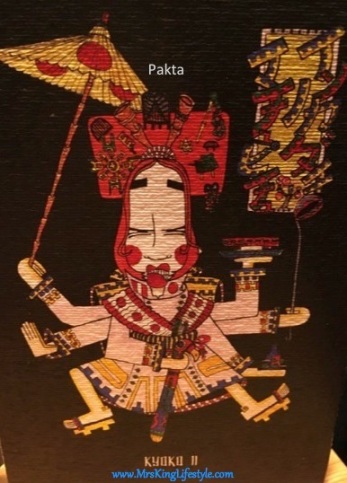 Instead of celebrating on Valentine’s Day, Mr. King and I decided to do it over 5 dinners in the same week. It was a difficult choice when it came to selecting the restaurants, because Barcelona is a foodie’s heaven.  PAKTA was one of them.  Here are the other 4 restaurants we went to:

Roca Moo: On the Road to Can Roca