Singapore, September 2016 – The two-Michelin star Shisen Hanten is an elegant, Chinese restaurant at the top of Mandarin Orchard Hotel. Started by Chen Kentaro, the 3rd generation chef, a descent of the culinary legend – the late Chen Kenmin who is regarded as Japan’s “Father of Szechwan Cuisine.”

Although the restaurant offers a wide array of dim sum, Szechuan cuisine is the main focus at Shisen Hanten. We brought Little K (my toddler son) there on a weekday, and sampled dim sum as well as a few signature dishes. 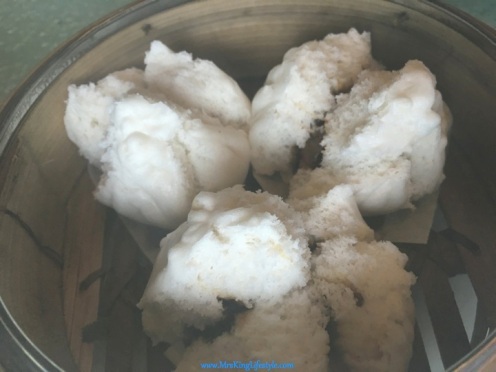 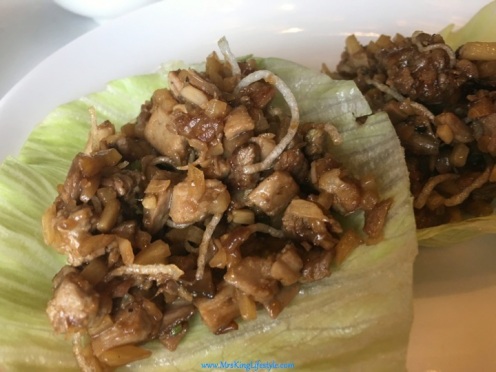 Classic Peking Duck – The Peking Duck is one of their signature dishes. It is definitely worth trying, and half a duck was about S$40. The Peking Duck is an impressive dish, particularly if one is inviting guests. After the slices of duck are prepared inside pancakes, the remaining duck meat are diced and stir-fried and served inside a lettuce leaf. 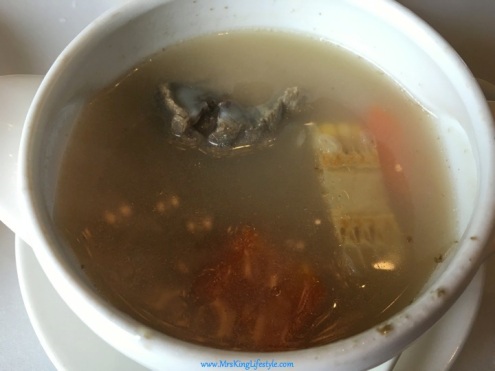 Stewed Fish Fillet in Super-Spicy Szechwan Pepper Sauce – The stew, one of their signature dishes, has a rich broth with fish flavors and lots of tiny bits of green peppers (lethally spicy).

Stir-Fried Fish with Sweet & Sour Sauce – I preferred the sweet and sour fish over the pork, which was a bit tough. 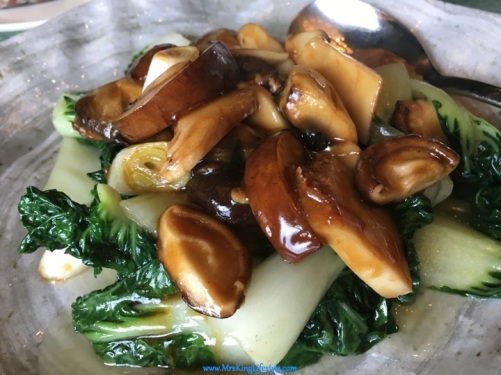 Sauteed Seasonal Vegetables with Duo Mushrooms and Truffle Oil – Another signature dish. The truffle oil made this dish especially aromatic and flavorful.

Chen’s Original Spicy Dry Noodles – The portion was very generous. Given that the noodles are on the heavy side, I suggest one portion to be shared between 4 persons.

On weekends, Shisen Hanten offers a dim sum buffet, so booking a table could be difficult even though two seatings are available.

The service was excellent, with each waiter being very attentive and efficient. This is a restaurant that I would recommend to friends for special occasions, but also for family meals since the kids menu has a good selection and is priced reasonably. 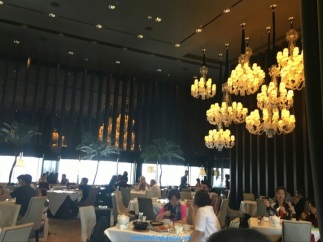 Brief History (extracted from www.shisenhanten.com.sg/about-us/)    Akasaka Szechwan Restaurant, or Shisen Hanten as it is popularly known in Japan, was started in 1958 by the late Chen Kenmin who is regarded as Japan’s “Father of Szechwan Cuisine.” Born in the Szechwan province of China, Chen Kenmin perfected his craft in Taiwan, Hong Kong and China before settling in Yokohama, Japan. Capitalising on his culinary expertise in Chinese food, he worked his way to become a culinary legend in Japan. His vision was to “make Shisen Hanten customers truly appreciate Szechwan food through all the five senses.” He passed down his legacy to his eldest son, Chen Kenichi, who himself earned wide acclaim as one of Japan’s most celebrated iron chefs. Chen Kenichi, in turn, passed down his love of Szechwan cuisine to his son, Chen Kentaro.

Chen Kentaro followed in his father’s footsteps and picked up the tools of the trade through observing his father in the kitchen and learning by experience. He further honed his skills by working in Szechwan restaurants around the Szechwan province in China from 2005 to 2008. Chen Kentaro is a rising star in Japan’s culinary scene, often appearing on a number of popular cooking shows in Japan. Shisen Hanten at the Mandarin Orchard Singapore is the chain’s debut outside of Japan, setting the stage for third-generation Chen Kentaro to continue his family legacy and introduce Japan’s best loved Szechwan restaurant to audiences in Singapore.